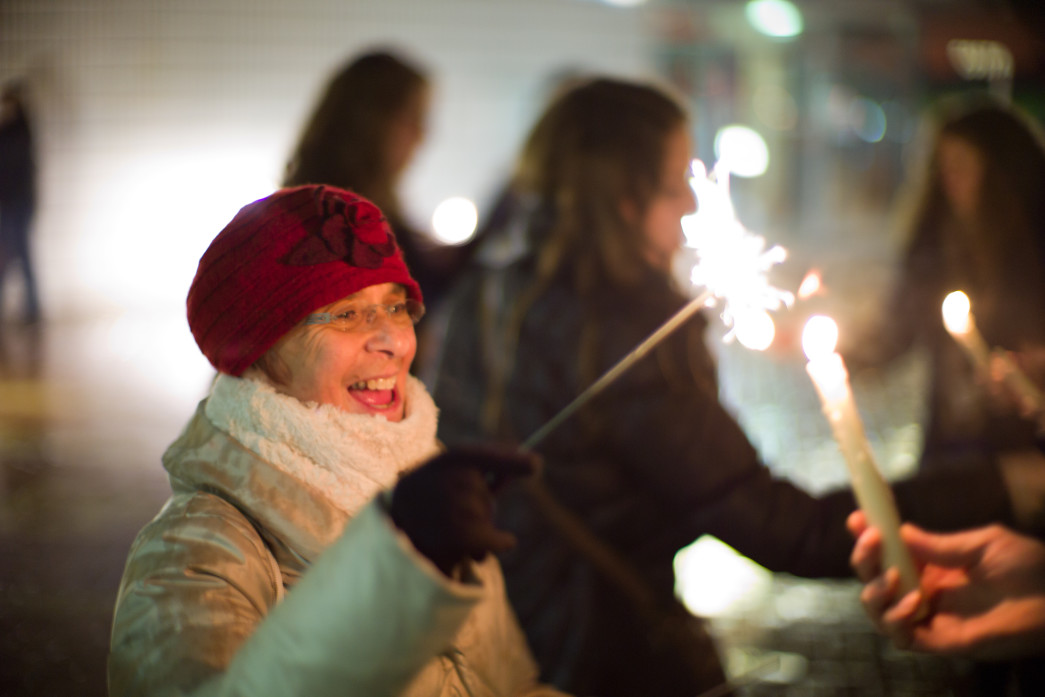 Once again Limmud Festival is on the horizon, though still sadly diminished by the limits imposed by the pandemic. Like last year, Festival 2021 will be an online event (although in-person families and youth programmes are planned). Even the presence of a star-studded list of international presenters and local talent will not be enough to prevent most old-timers who have attended pre-pandemic Limmuds from mourning the loss of something elusive.

At first this might be a little counter-intuitive — after all, Limmud is meant to be a “marketplace of ideas”, a unique opportunity to hear fabulous teachers and educators on all sorts of subjects, from Talmud to tikkun olam, and from Israel to identity politics. Surely that is perfectly easy to reproduce online? There were 370 sessions over three days last year, given by presenters from the UK and all over the world, and around 5,000 people were estimated to have attended. Isn’t that a completely successful Limmud?

Not really, as most of those who were there would be the first to admit. I’m currently researching the history and development of Limmud at the Centre for Jewish Studies at Manchester University, and while interviewing founders, volunteers, presenters and participants from all four decades of Limmud, I’ve discovered that for most of them, the crucial part of Limmud is its creation of an ideal, perhaps utopian, community where Jewish life can be lived more intensely; where community divisions and feuds can be ignored or even challenged for a few precious days; and where Jewish identity and hopes can be recharged in order to cope with the cold world outside.

“Going to Limmud is like going to Narnia”, said a former chair, and that perfectly captures this magical and, above all, personal encounter with others that lies at the heart of a good Limmud. It’s not just, or even principally, the sessions; the essence of Limmud lies in the open encounters with other people, the chance chats over a cup of coffee, the intense conversation with a presenter, the friends made in the dinner queue.

As one interviewee noted, “I feel very close to my Limmud friends, even though I may not see them out of Limmud. It’s a relationship with people through a shared experience.”

Back in 1998, the sociologist Keith Kahn-Harris described Limmud as “a fictional, delusionary space”, which he viewed as an escapist attempt by British Jewry to “wish away difficult … and intractable problems”. While some of his analysis still rings true, I would argue that Limmud actually supplies an essential space in which to reimagine what an ideal Jewish community might look like and to explore new ways of “doing” community.

Set in a British Jewish landscape that is still deeply divided along denominational lines, many attendees use Limmud to explore other, “forbidden” parts of the community that differ from their own — with the notable exception of the Charedi sector and right-wing mainstream Orthodoxy, who fear precisely this mutual exploration.

Participants have told me about “trying out” other denominations’ services, or of the impact on them made by their first experience of meeting and learning from people who do not belong to their own corner of the community. One Reform rabbi, recalling his first Limmud in the late 1980s, noted that “this intermingling of the community really didn’t occur anywhere else”.

Another, Orthodox, participant told me wistfully, “I wish my community was like Limmud”. Yet another attendee recalled that Limmud had taught her that “it was fine to live in many different worlds”. For some, there was a real sense of building a new model of Jewish community: “It was working on the ground, people were building relationships, people were learning from each other, people were not just tolerating but respecting each other in a really fundamental way.”

For others, the transformative experience at Limmud was not just discovering other denominations’ ways of being Jewish, but the possibility of a new level of Jewish experience: “I felt like I was joining a spiritual community”, said one Reform woman.

Another woman told me, “Whereas we in the Orthodox community had to be coaxed to enjoy our Judaism, here I saw for the first time people for whom Judaism didn’t get in their way, but gave them something much richer. They wanted to do good in the world through it, which was not a concept that had ever entered my mind.”

Many interviewees described Limmud as a safe, creative space which offered them rare opportunities: “I’m able to express my own religious identity in a safe environment where I know no-one’s going to judge me,” said one woman. Another remarked, “Limmud has made me braver”.

Like any experimental laboratory, Limmud has had its fair share of failures and faults, of shortcomings and disappointments. But its existence for so many people as a shared space of vision accounts for its continuing influence, and has a profound link to the Jewish concept of the messianic age — something for which people yearn, and work to bring to reality.

Years ago, Rabbi Michael Harris, of Hampstead United Synagogue, revealed in a Limmud video that his daughter Nechama, then very young, thought Limmud carried on all year round and that her family just popped in to visit for a few days. He added she was right, in a way, and so she was: for many thousands of people, Limmud is not just for Christmas, but provides a community of vision, a space for creativity, and perhaps even a taste of the “days of the Messiah”.